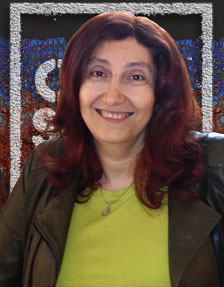 National champion game player, writer, game designer, company founder and executive officer, and of course computer programmer. Each of these describes Rebecca Heineman, the woman at the core of Olde Sküül’s foundation and operation.

Born and raised in Whittier, California, Rebecca came into games as a player, but not just any player. After winning her regional round in Los Angeles, she went on to be the first ever national video game champion, winning the Atari 2600 National Space Invaders tournament in 1980. In 1981, she turned playing as a hobby into writing them for computer magazines and then small publishers like Avalon Hill, a Baltimore-based game maker mostly known up until then for their complex military board games.

She returned to her native California to become one of the founders of the fledgling computer game developer Interplay Productions in 1983, along with Jay Patel, Troy Worrell, and Brian Fargo. Her coding skills kept the early company solvent as they found their stride making games. She became known for her signature work on The Bard's Tale III: The Thief of Fate, Dragon Wars, Tass Times in ToneTown, Borrowed Time, Mindshadow, The Tracer Sanction and dozens of Macintosh and Apple IIgs conversions.

From Interplay, she went on to co-found Logicware, Inc., a publisher of Macintosh titles in 1995, and then in 1999 she started her own game company, Contraband Entertainment, which she still runs to this day.

While the game industry as a whole is stable and growing, for individual companies, not so much. Like many working in games, Rebecca has moved from challenge, surfing the avalanche as companies failed, downsized, or just changed directions. She has worked her special magic for Electronic Arts, Boone Corporation, Mumbo Jumbo Games, Barking Lizards Technologies, Sensory Sweep Studios, Xbox 360 technology at Microsoft's Xbox division including development credits on the Kinect, Ubisoft, Bloomberg, Amazon, Sony Computer Entertainment's Research and Development division, working on Playstation 3 and Playstation Vita technology, and most recently for Gearbox, optimizing code on Borderlands 2.